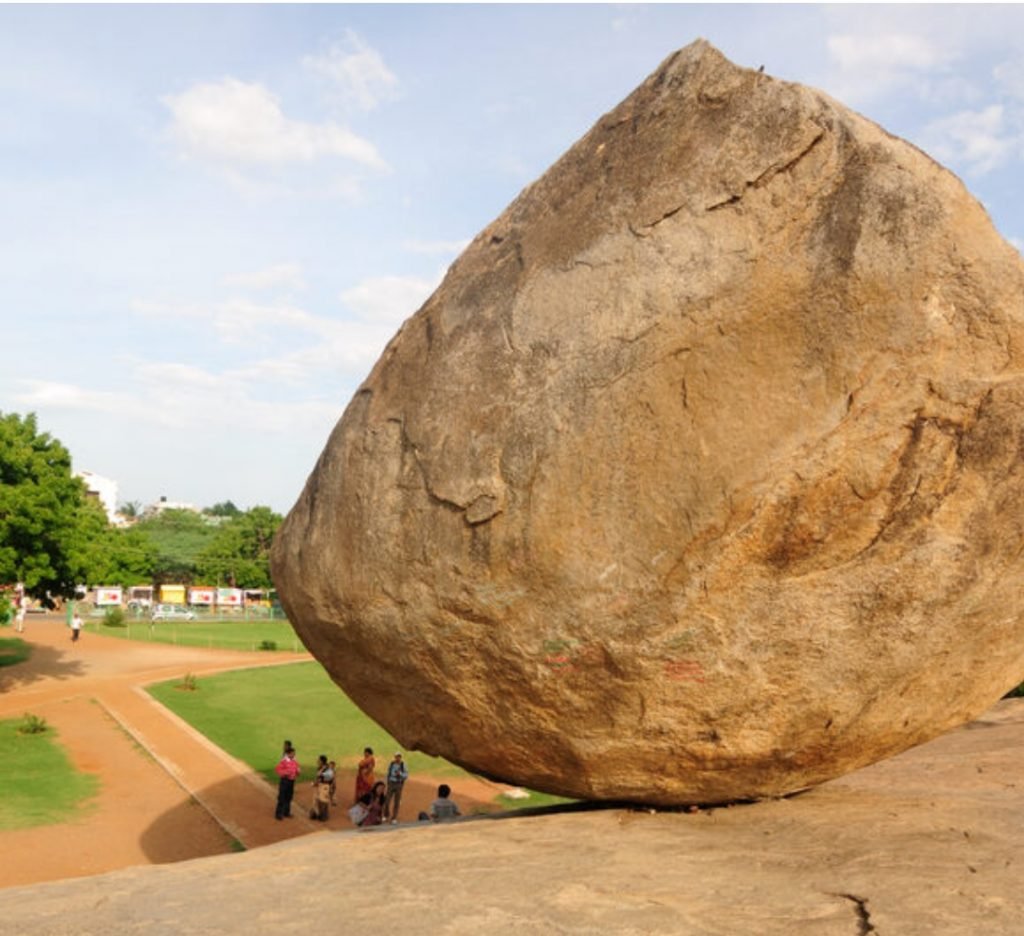 This precariously balanced Boulder is said to be a hunk of stolen butter dropped by the Gods.

FOREVER (HOPEFULLY) PERCHED ON A

Steep rock slope in the historic town of Mahabalipuram,India, the massive round boulder known as Krishna’s Butter Ball refuses to give in to gravity or the shoves of tourists.

The giant boulder appears to be frozen in its roll down the hill it sits on, and no one is quite sure why! The huge boulder is likely a glacial erratic that got stranded in a serendipitous potion on the Hill, but local legend ha another version of the story. According to Hindu Mythology, when the great God Krishna was just a baby, he was fond of stealing butter following this tradition, the big orange stone likened to a giant dollop of purloined butter that the God dropped.

The actual name of the stone is “Vaan iraikal”, which translates to “Sky God’s Stone”, and according to one source, the more playful name was given to the rock by local tour guide. However it got it short of silly name, it stuck.

Reinforcing the stones strangely balanced position, the slippery stone slope is used by local children as a slide. Today Krishna’s Butter Ball is a popular tourists attraction. Visitor to the site love to try to get behind the stone and try to push it down the hill. So far no human power has been able to budge the buttery boulder. 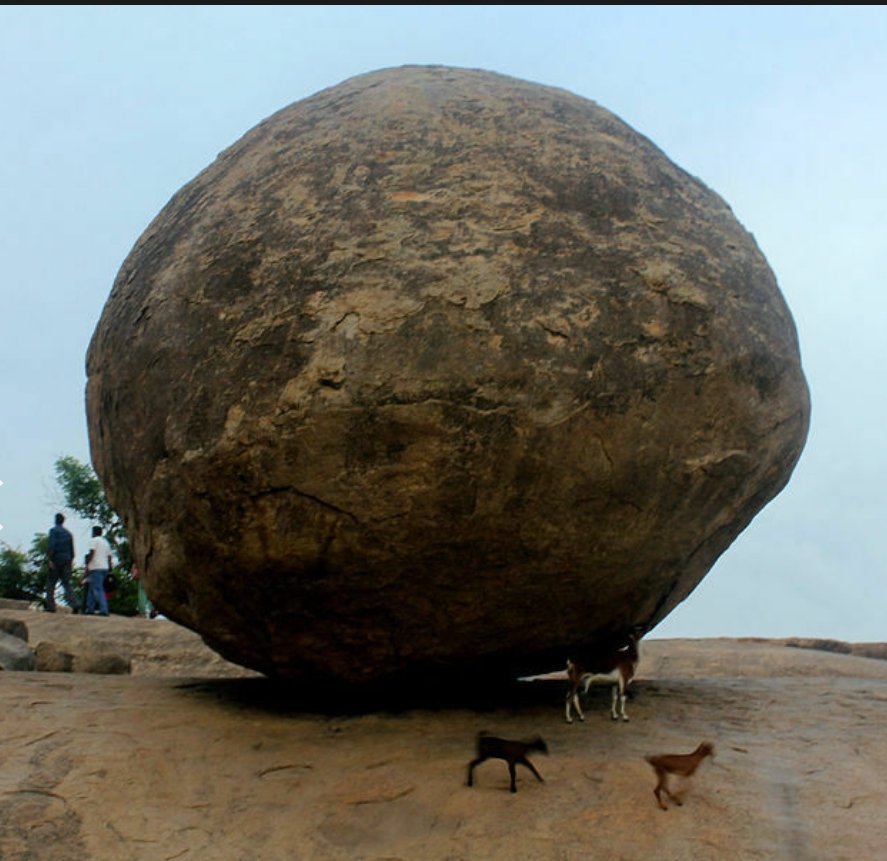 Best of all, sometimes the local goats climb on top of it. Its Adorable!!!