EA said it’s investigating “a recent incident of intrusion into our network where a limited amount of game source code and related tools were stolen,” according to a statement published in numerous online reports. The longtime game developer is known for titles such as The Sims, Madden NFL and FIFA 21.

“No player data was accessed, and we have no reason to believe there is any risk to player privacy,” the company said. EA did not immediately return an emailed request for comment from Threatpost Friday morning. 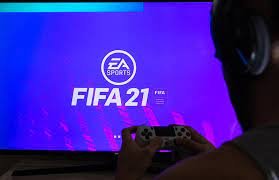 Despite EA’s downplaying of the incident, the initial source that reported it suggested the breach was indeed quite serious. A report in Vice Motherboard published late Thursday claims hackers posted on a dark web forum that they have taken the source code for EA’s FIFA 21 as well as code for its matchmaking server, in addition to numerous other company assets.

That post appears to be available via a Google cached web page from June 6 that bears the headline “We sell the FIFA 21 full src code and tools,” asking for a price of $28 million for the 780 gigabyte data dump.

The web page, which was emailed to Threatpost, lists a raft of stolen information, including the FIFA 21 matchmaking server, FIFA 22 API keys and some SDK and debugging tools; and the source code for FrostBite, the engine that powers other EA games, including Battlefied, as well as related debugging tools.

Hackers also claim they have code for “many proprietary EA games, frameworks and SDKs,” as well as other EA proprietary code and API keys. “You have full capability of exploiting on all EA services,” they wrote in the post.