Facebook will not charge a fee to content creators for at least the next two years, Chief Executive Mark Zuckerberg said on Monday, moments before Apple’s annual conference, where the iPhone maker faces an unsettled developer audience. 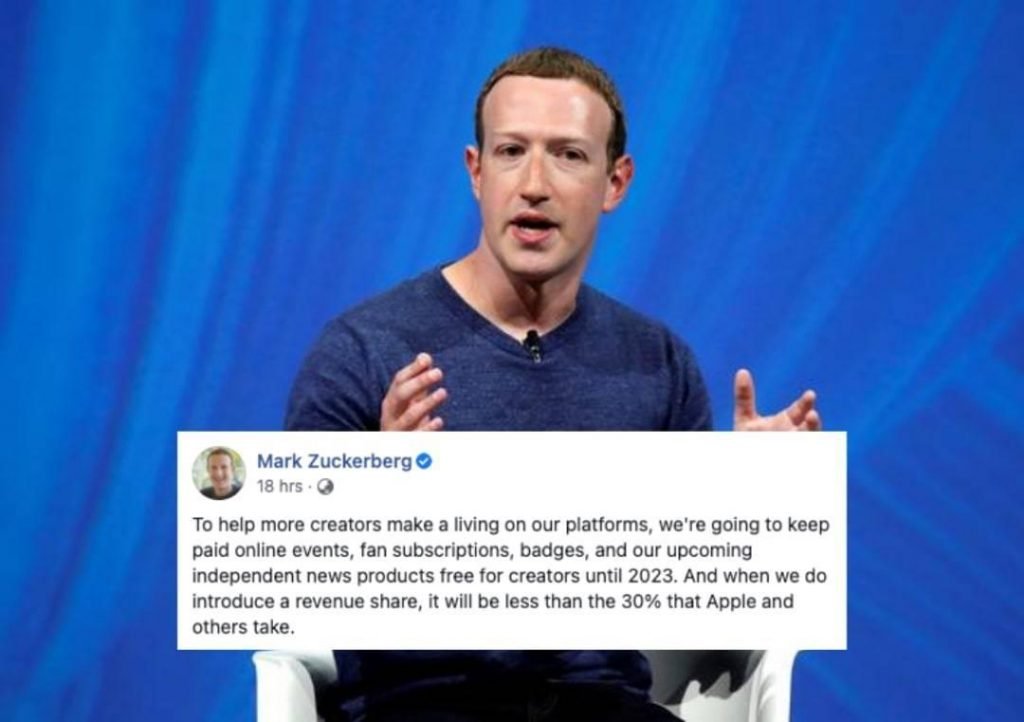 “And when we do introduce a revenue share, it will be less than the 30 percent that Apple and others take.”

Apple’s control over what apps make it to its app platform and its commissions of 15 percent to 30 percent on digital sales have come under regulatory scrutiny, with the iPhone maker having to defend itself in court over its App Store practices.

A growing concern in the creator economy is the growing income disparity, where top social media personalities often garner outsized earnings, while smaller creators can struggle to make a living.

He also announced that Facebook is launching a new payout interface which now allows users to see how much money companies such as Apple and Google take from their earnings.