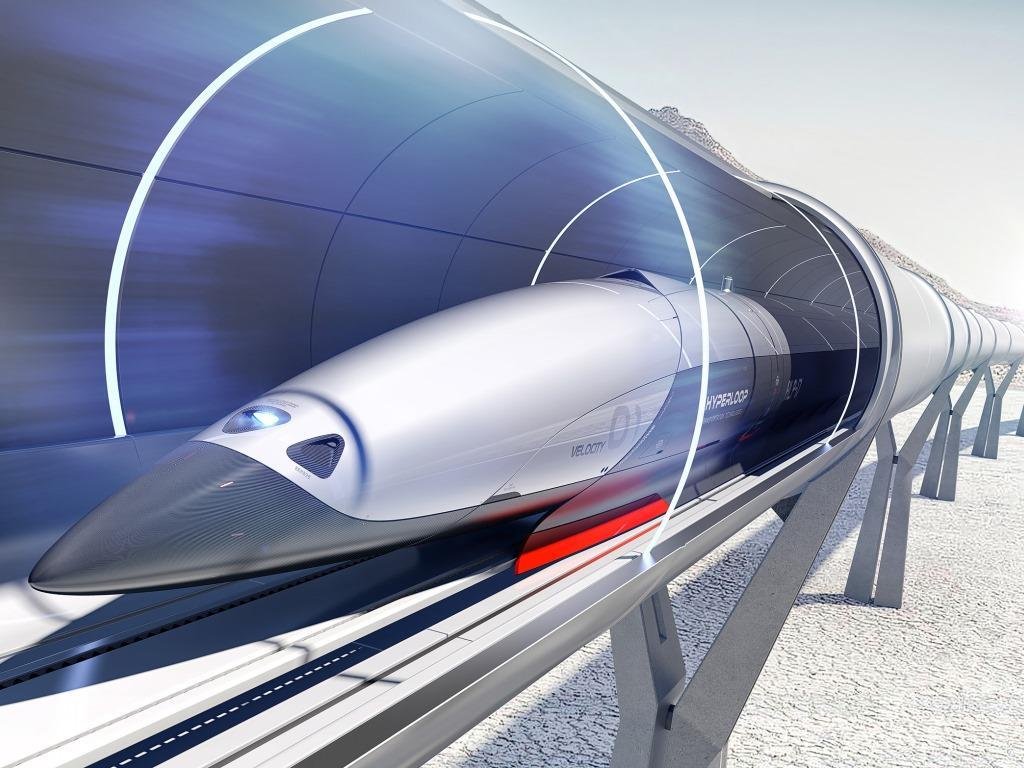 What is hyperloop?
Hyperloop is a new form of ground transport currently in development by a number of companies; it could see passengers travelling at over 700 miles an hour in floating pod which races along inside giant low-pressure tubes, either above or below ground. Hyperloop is also an ultra-high-speed ground transportation system for passengers cargo proposed as a concept by elon musk, CEO of tesla and spaceX , in a white paper back in 2013.

What makes hyperloop different?
There are two big differences between hyperloop and traditional rail. Firstly, the pods carrying passengers travel through tubes or tunnels from which most of the air have been removed to reduce friction. This should allow the pods to travel at up to 750 miles hour.
Secondly, rather than using wheels like a train or car, the pods are designed to float on air skis, using the same basic idea as an air hokey table, or use magnetic levitation to reduce friction.

What are the benefits of hyperloop?
Supporetes aryge that hyperloop could be cheaper and faster than train or a car travel, and cheaper and less polluting than air travel. They claim that it’s also quicker and cheaper to build than traditional high-speed rail. Hyperloop could therefore be used to take the pressure off gridlocked road, making travel between cities easier, and potentially unlocking major economic benefits as a result.

Where will hyperloop services run?
It’s still not clear where hyperloops will actually be established but a number of companies have sketched out route in the U.S, Europe and elsewhere.

What is the history of hyperloop?
The idea of using low-pressure or vacuum tubes as part of a transport system has a long heritage. The crystal palace pneumatic railway used air pressure to push a wagon uphill and way back in Victorian south London in 1846. Similar system using pneumatic tubes to send mail and packages between buildings have been in use since the late nineteenth century, and can still be seen in supermarket and bank to move money around today.
One clear predecessor of the hyperloop is the “vactrain” concept developed by Robert goddard early in the twentieth century; since then, many similar idea have been proposed without much success.
But we can hoop it can come early, because Elon musk are ready with his “hyperloop Alpha” that ignited the interest in 2013, which set out how a modern system would work.