Snap announced the next generation of Spectacles, Snap’s first pair of display glasses designed for creators to overlay their Lenses directly onto the world. 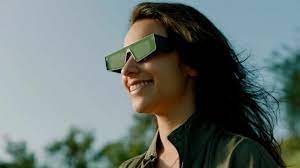 The new generation of Spectacles have dual waveguide displays capable of superimposing AR effects made with Snapchat’s software tools. The frame features have four built-in microphones, two stereo speakers, and a built-in touchpad. Front-facing cameras help the glasses detect objects and surfaces you’re looking at so that graphics more naturally interact with the world around you.

It has introduced a new feature called  Connected Lenses that  allows multiple users to see and interact with the same scene in AR.

The battery of the AR Spectacles will last only for 30 minutes. These spectacles are not ready for sales right  now. Snap is not selling them. Instead  it is giving the spectacles directly to the AR effects creators.

The AR-capable Spectacles arrived ahead of Facebook’s upcoming smart glasses. Those glasses are not expected to include built-in displays and will instead rely heavily on other forms of input. Apple has also been rumored to be working on augmented reality glasses.