History has taught us to speak up. You are either on the right or you are not. It’s that simple.

says Bella Hadid, daughter of Palestinian real-estate developer Mohamed Hadid, who among the very few Hollywood celebrities have taken a stand for Palestine and its people and against the worst strike of violence between Israel and Gaza since 2014 continued.

Pictures of the American model taking to the streets of New York recently to join the pro-Palestinian march condemning the Israeli airstrikes killing innocents spread like wildfire on all platforms of social media. Hadid has been extremely vocal against the ongoing violence and live-streamed a part of the protest on her Instagram account while also sharing a series of photos. She was seen wearing a Palestinian traditional Keffiyeh, holding the Palestine flag and joining the crowd chanting ‘Free Palestine’. 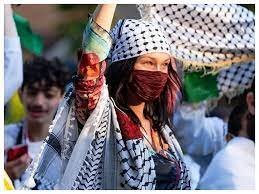 Earlier on Saturday the 24-year old model posted a series of pictures of her grandparent’s wedding along with a picture with their children and wrote, “I love my family, I love my Heritage, I love Palestine. I will stand strong to keep their hope for a better land in my heart. A better world for our people and the people around them. They can never erase our history. History is history!”

However, a portion of the Twitter fam didn’t take this well and argued her stand to be detrimental. The official Twitter account of Israel accused the supermodel of advocating ‘throwing Jews into the sea’ by tweeting a screenshot of Hadid’s live stream and wrote: “When celebrities like @BellaHadid advocate for throwing Jews into the sea, they are advocating for the elimination of the Jewish state. This shouldn’t be an Israeli – Palestinian issue. This should be a human issue. Shame on you. #IsraelUnderAttack.” 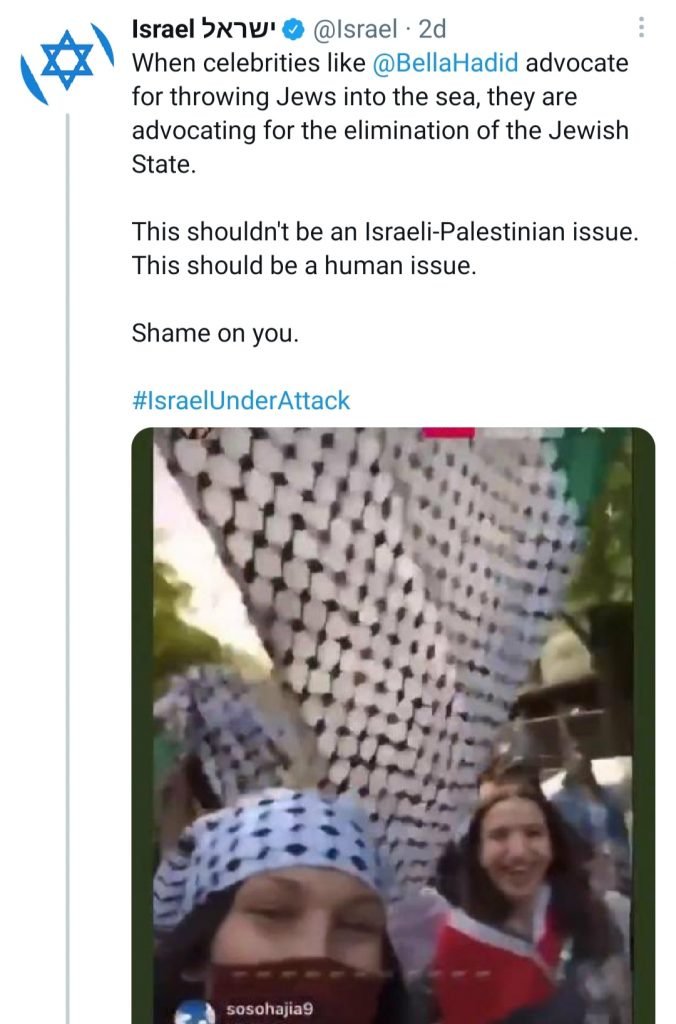 This was in reference to the decade-old chant ‘From the river to the sea, Palestine will be free.’ While Israel labeled the chant as holding anti-semitic sentiment, Palestinians argued that the chant is a support of human rights and calling for freedom is not anti-semitic.

Gigi Hadid, the American supermodel, and sister of Bella have also been vocal for the rights of Palestinians and also responded to a commenter saying: “I condemn anti-Semitism. ‘I’ am not trying to kill you, nor would I even want that. I do not wish any more deaths upon Israelis, just as I feel about Palestinians. What I do want is equal rights for Palestinians. There are also Jewish Palestinians and Christian Palestinians, as there was coexisting, with my father’s Muslim Palestinian family when he was born in Palestine in 1948. I wish you peace.” 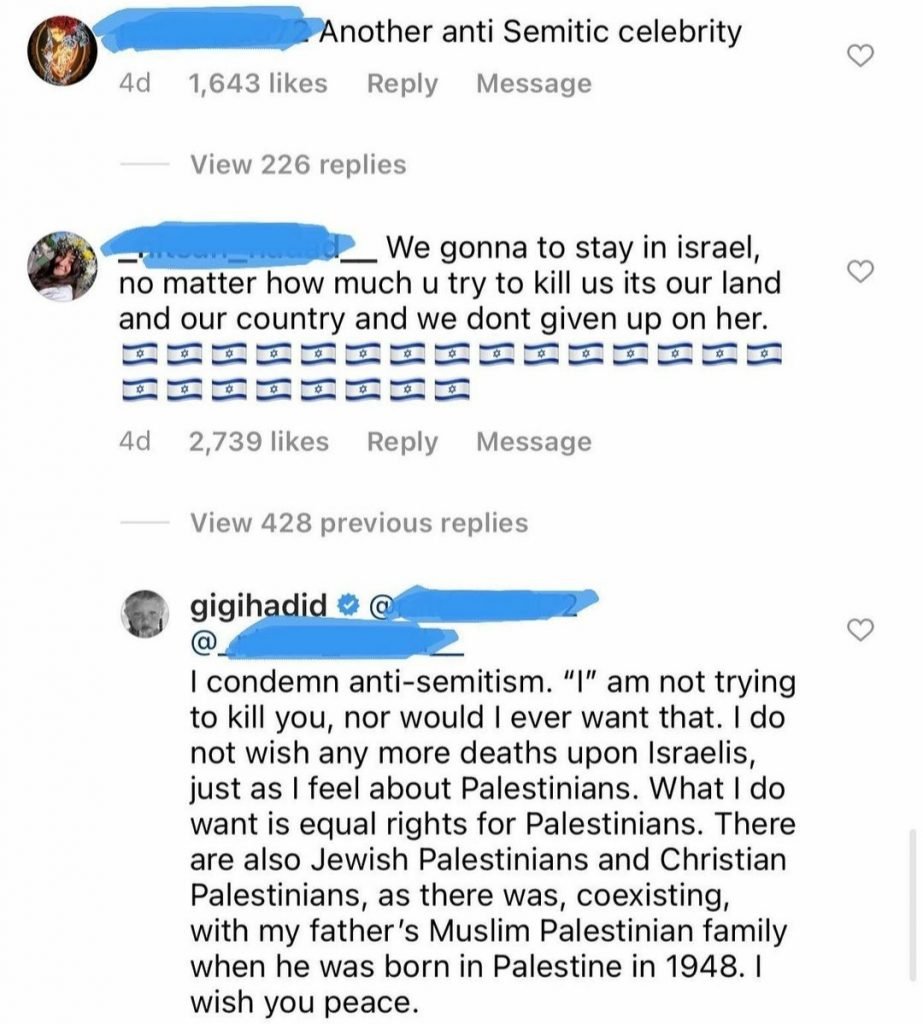 Amid the tension, the two sisters continue to amplify and raise awareness for the rights of Palestinians condemned by the state of Israel.