After the ceasefire between Israel and Palestine especially Hamas we are expecting that everything will be good now as we see Palestinians come out of their houses and celebrating. But hours after announcing the ceasefire, Israeli forces stormed the Al-Aqsa Mosque compound in Jerusalem’s old city yet again after Friday prayers. At noon, thousands of Palestinians gathered in a tree-lined compound surrounding the mosque for Friday Prayers. Many stayed on to demonstrate in support of Palestinians in the Gaza Strip, cheering and waving Palestinian flags. The Palestinians were singing and chanting when a contingent of the Israeli police started using crowd control measures that they use all the time, including stun grenades, smoke bombs and, tear gas. They started firing in that crowd in an effort to try and disperse them.

AFP reporters said Israeli forces fire rubber-coated bullets and stun grenades at unarmed Palestinians, including into a group of men standing around talking, one with a prayer mat slung over his shoulder.

Some youths responded lobbing by stones.

The Palestinians Red Crescent said 21 people were hurt in these clashes including two, who were hospitalized. 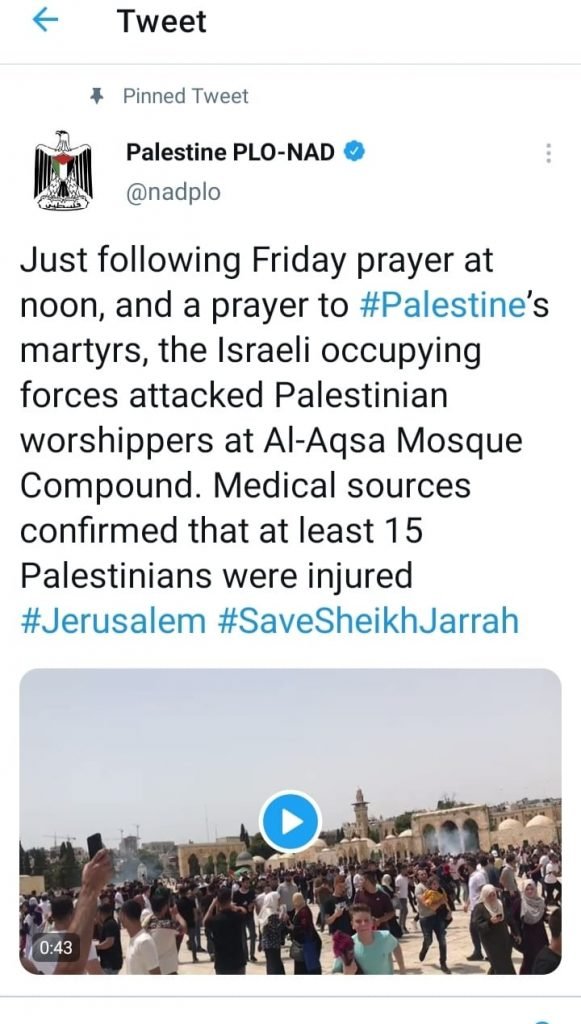 The Palestinians presidency in a statement condemned the “Israeli occupation forces storming Al-Aqsa Mosque after Friday prayers and their assault on worshippers.”

While Israeli police spokesman Mick Rosenfeld said “riot broke out” at Al-Aqsa compound which is a Islam 3rd holiest site and also revered by Jews as a Temple Mount.

“Hundreds of people threw rocks and petrol bombs at police officers who responded at the scenes and began dispersing the rioters.

Omar Hard who attended the rally with his sons, said that “what happened in Gaza was one of many rounds of opperessions and occupations against Palestinian people.

The united states called for “de-escalation” and said the threatened evictions could worsen the situation in east Jerusalem, as the United Nations warned the force evictions could amount to “war crimes.”

We all know the effect of war is always bad on both sides but still, this is seems to stopped. Let’s see the loss faced by both countries in this war.

* Gaza housing ministry said that 16,800 housing units had been damaged. Of those 1,800 had become unfit for living and 1,000 were destroyed completely.

* Residents were estimated to be getting 3-4 hours of power versus 12 hours before the hostilities.

* The  Hamas media office estimated the bombardments had caused $40 million in damage to factories.

* The United Nations and aid groups said Palestinians now had limited or no access to water facilities.

* Israel’s economy contracted by 6.5% in the first quarter in the face of covid.

* Last week a pipeline belonging to an Israeli state-owned energy company was hit in a rocket attack.

After such huge losses if a country still wants war then it must bigger than these losses which force it to start a war.