The Confident singer announced on her Twitter today, identifying as non-binary, changing their pronouns to they/them. 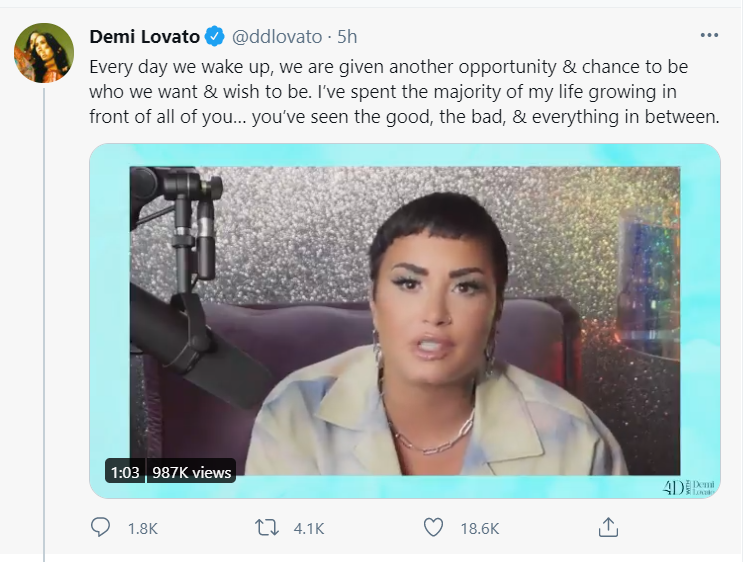 “Every day we wake up, we are given another opportunity & chance to be who we want & wish to be. I’ve spent the majority of my life growing in front of all of you… you’ve seen the good, the bad, & everything in between.”

The singer has said that she has come to terms with identifying her gender after several reflecting and healing activities. Her works so far have been about accepting herself as who she is and the confidence that resides within her in being herself. She clarifies the fact that coming out as non-binary doesn’t mean she is claiming herself to be an expert with regards to the term and what it represents. Instead, she wants to give strength by making herself vulnerable. 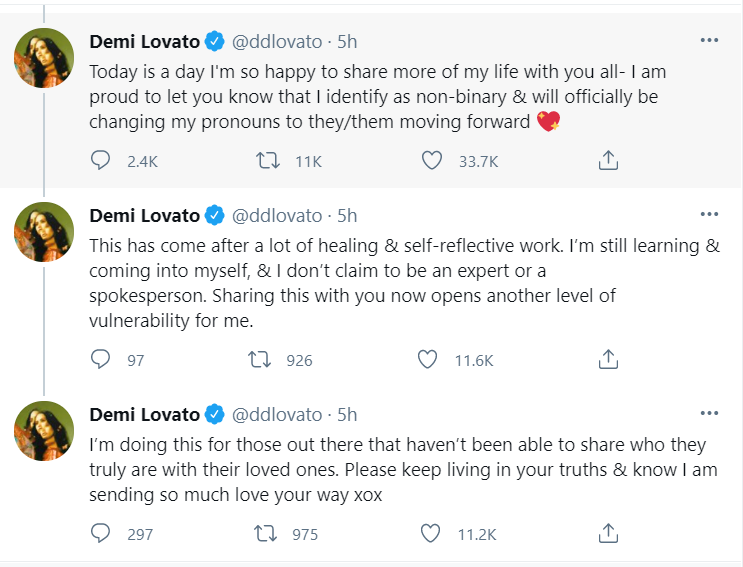 We hope the best for Demi’s thrilling journey!

People whose gender is not male or female use different terms to identify themselves.

For example- genderqueer, agender, bigender, and more. Non-binary is just one term used to describe individuals who may experience a gender identity that is neither exclusively woman or man or is in between or beyond both genders.

The notion that transgender people have to transition to an “opposite” gender has been particularly strong and particularly problematic in the medical community. (Source: VeryWellMind)