The Indian Medical Association (IMA) has made a press release regarding a video circulated of Baba ramdev where he made blatant claims about modern medicine.

Allopathy is such a stupid science!

He also claimed that:

Lakhs of people have died after taking allopathic medicines.

Baba Ramdev is considered a spiritual leader with a large following in India. He co-owns a company called Patanjali which sold a drug called ‘coronil’, that claims to be a remedy for the virus. His large following and people who were in desperation fell victims to his claims. 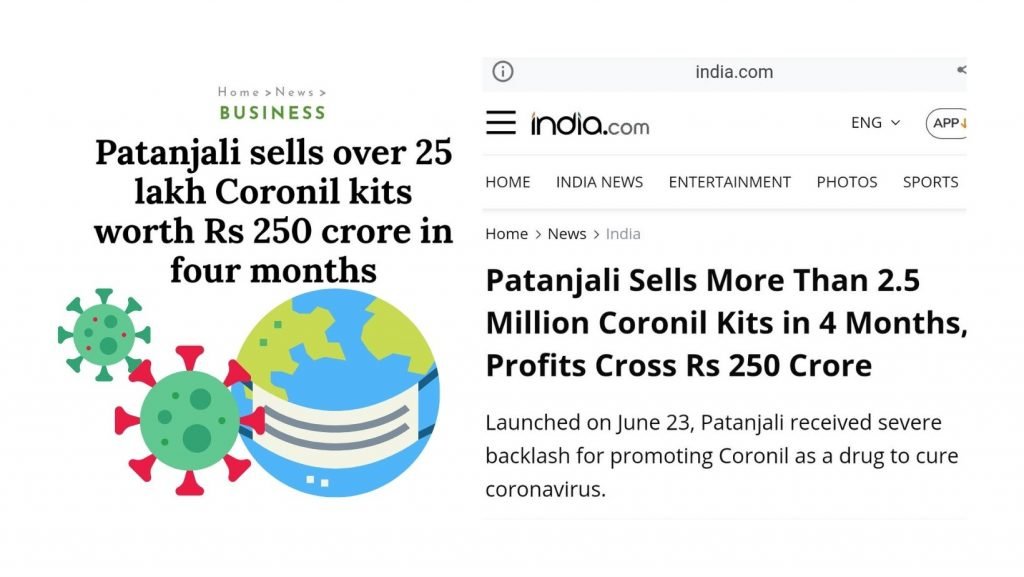 Despite claims with no scientific basis, the World Health Organisation (WHO) had to clarify on the efficacy of the drug. 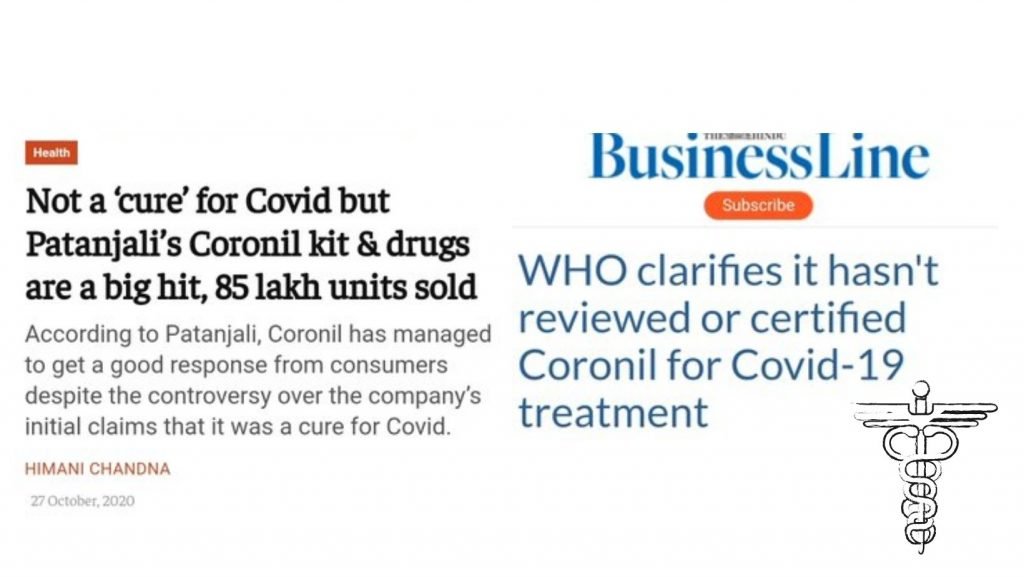 With these ‘unethical’ and ‘unlearned’ claims, health and medicine related communities have been requesting for the prosecution of the ‘spiritual leader’ under the Epidemic Diseases Act as ‘untutored’ statements are a ‘threat to the literate section and the people who are falling prey to his acts’. 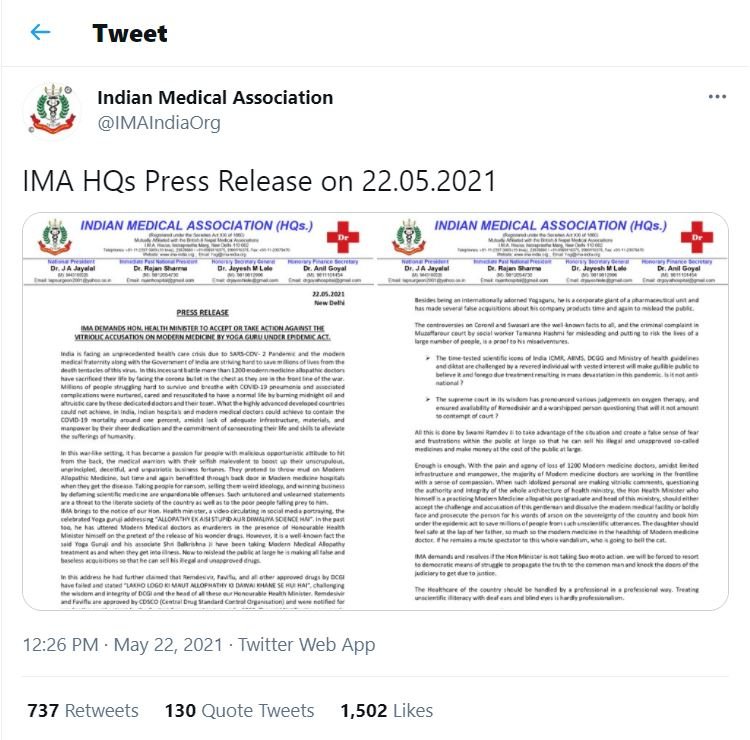 Since the press release, the hashtag #AttackQuackRamdev has been trending on Twitter ever since.